Australia continued their immaculate run during summer as they whipped West Indies to take lead in the T20 series. Australia made 179 in their 20 overs while West Indies in reply scored just 141 for the loss of 8 wickets. 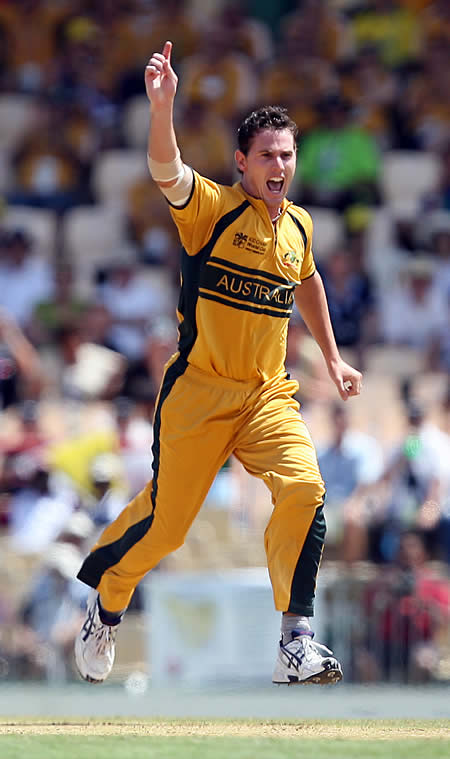 Michael Clarke won the toss and he elected to bat first on a flat track and his openers, Watson and Warner, took off like a runaway train. The pair exhibited brutalised the West Indian bowlers to submission as it rained sixes at Hobart. Watson in particular dealt in sixes before a mishit off Gayle landed in the gloves of Ramdin. Warner continued to blaze away and once he fell the Australian side struggled as the Windies bowlers out brakes on their run-rate. The Australian side would have settled for 150 score before Brad Haddin had other ideas. The spunky keeper-batsman came and slammed a couple of sixes and boundaries to set the visitors a target of 180 in 20 overs.

The West Indian reply was in disarray as Shaun Tait and Nannes ran amok. The pacemen ripped apart the West Indian top-order apart with some terrific quick bowling as once the powerplays got over the West Indian side was tottering at 40 for 4.

Mitchell Johnson then joined th fun as he too picked up a couple of wickets to leave the West Indies at 53 for 6 in 9.3 overs. Denesh Ramdin and Runako Morton battled hard to save some face for the visitors before Nannes removed them of consecutive deliveries.