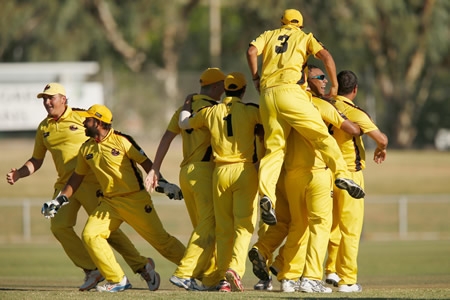 Action from the Imparja Cup final with Western Australia winning its second consecutive Imparja Cup, defeating Queensland by three runs in the last over of the final at the Jim McConville Oval, Alice Springs on 14th February 2015